We believe that the ability to successfully manage a construction project – its budgets, schedules, and personnel – is critical today. That said, we should never let quality take a back seat to speedy delivery; craftsmanship must not be overshadowed by salesmanship. In the end, your new facility – whether it be a place of work, worship or family – will stand on its own merit. That success will be determined by the experience, quality and integrity of the people you hire.

This is when we spend time to understand your goals, needs, and dreams. Whether you are looking to remodel your home, build a new home, build our your office, or expand your building, we want to fully understand what your goals are.

The design and discover phase of the project is when we present ideas, explore options, and discover the potential of your building project.

We pride ourselves in making sure your project is on-time, and on budget. From start to finish, you can depend on us to be on top of everything involving your building project, and we will provide updates as needed. 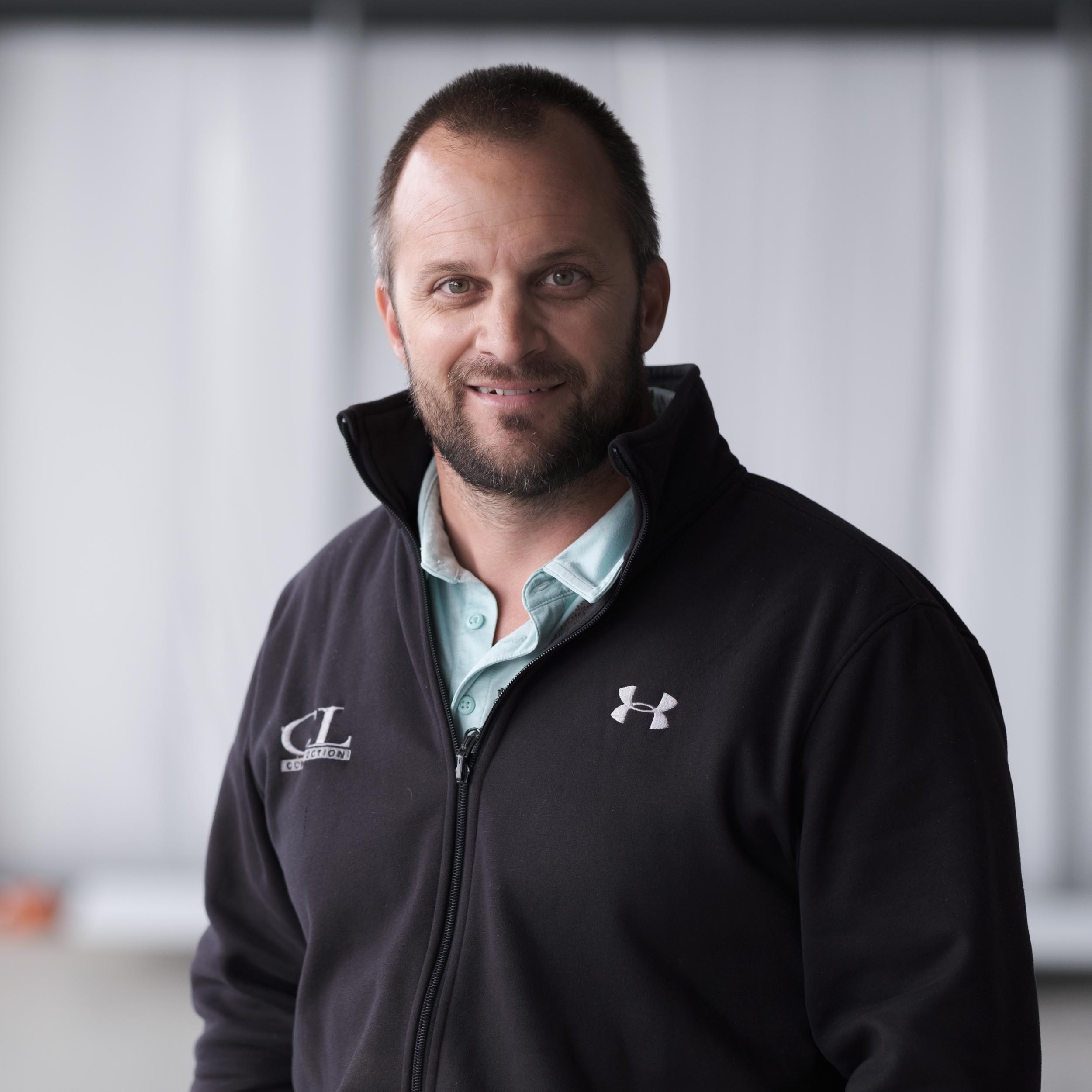 Brian joined CL Construction in 1996.  He began as a general laborer learning the construction process and as his knowledge evolved, so did his position.  Brian is currently a Project Manager and Estimator handling everything from providing quotes to securing permits.  Brian organizes every detail from ground breaking to final inspection to ensure each project is completed on time and meets the highest quality standards for which CL Construction is know.  In December of 2016, Brian stepped into his new role as President at CL Construction. 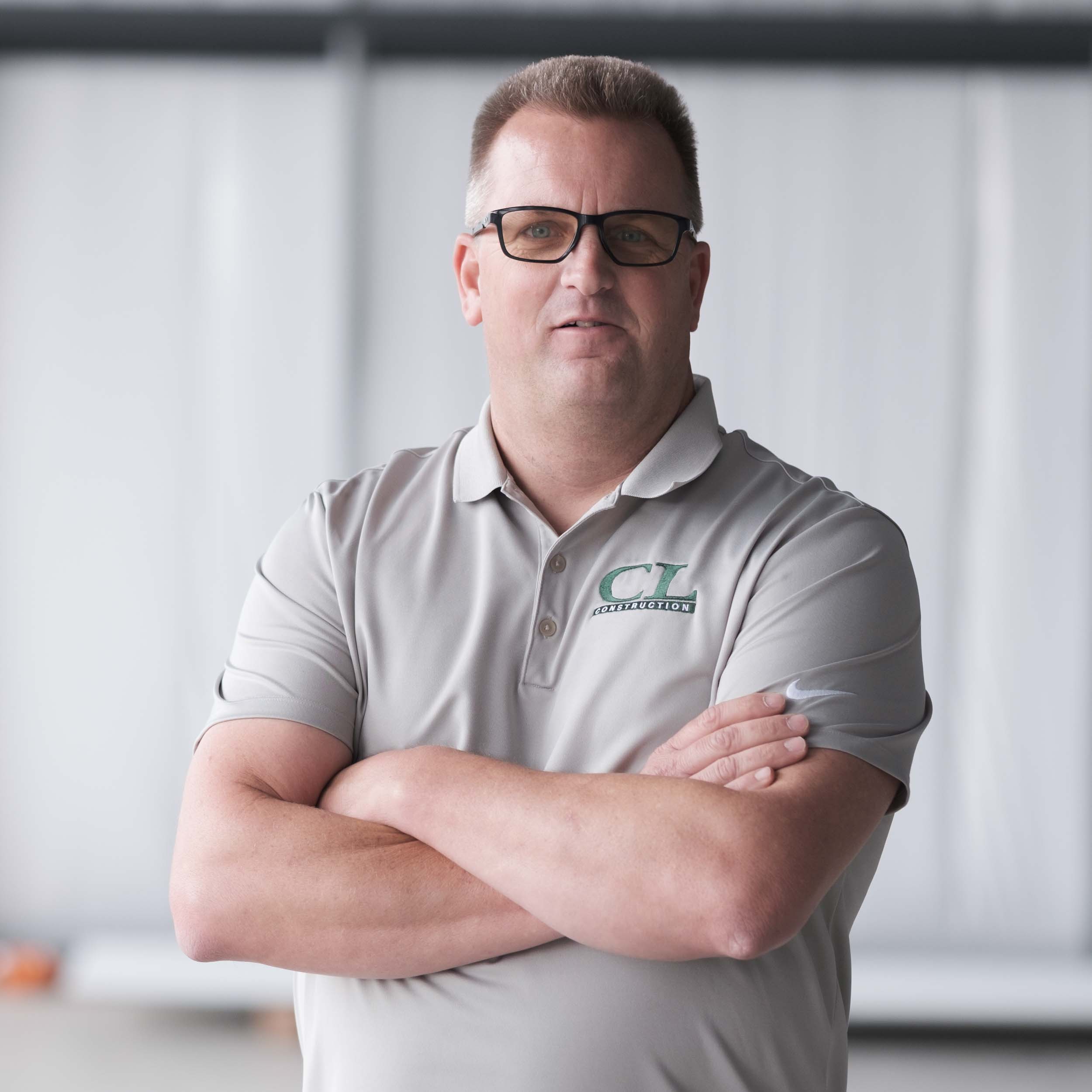 Ross began in 1994, shortly after CL Construction was formed.  Ross has worked in many different roles such as Site Superintendent and Chief of Field Operations for CL Construction.  While managing onsite crews, he works to provide expertise in the “hands-on” aspect of the construction.  From residential construction to the erection of pre-engineered buildings, he oversees all the “nuts and bolts” of the project insuring the highest of quality workmanship. 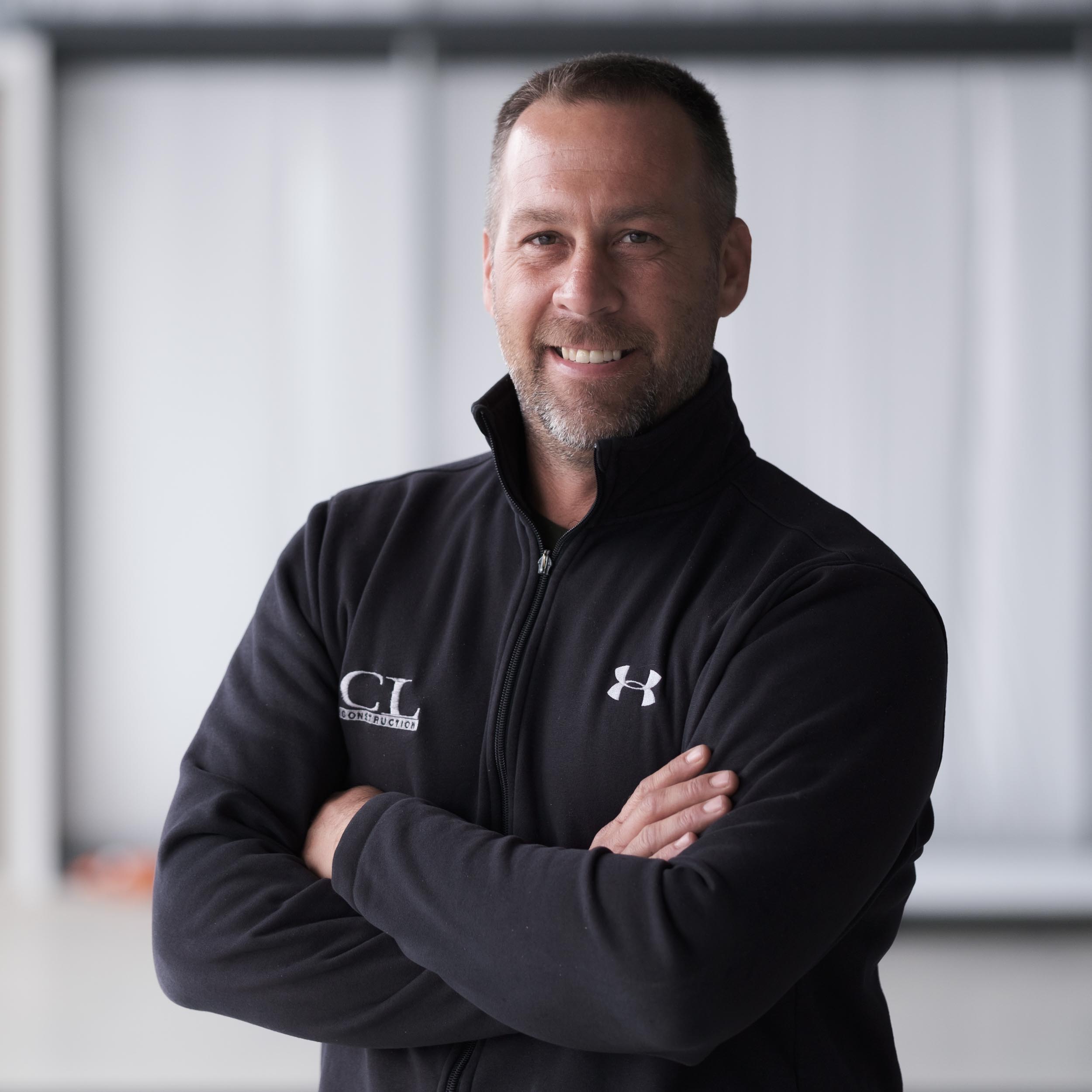 Chad began working at CL Construction in December of 2000.  He has brought a diverse skill set to the team which has come in handy in many situations.  As the crew’s Safety Manager, he regularly attends safety meetings and is directly responsible for job site safety.  He has enjoyed learning the construction trade and loves the constant challenges it brings.  “Each day and job site is different which keeps it interesting.” 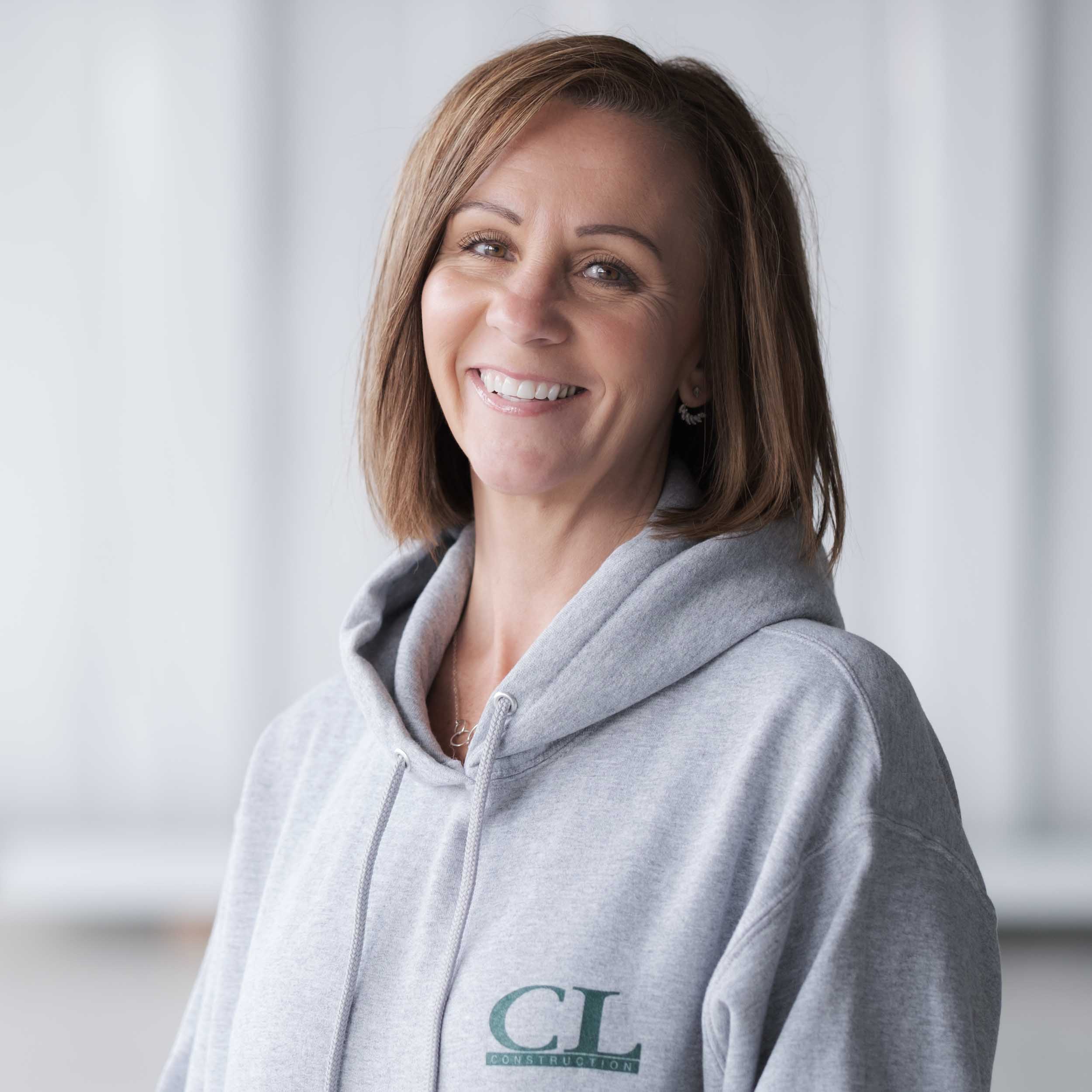 Teresa is excited and proud to be a part of the CL team! 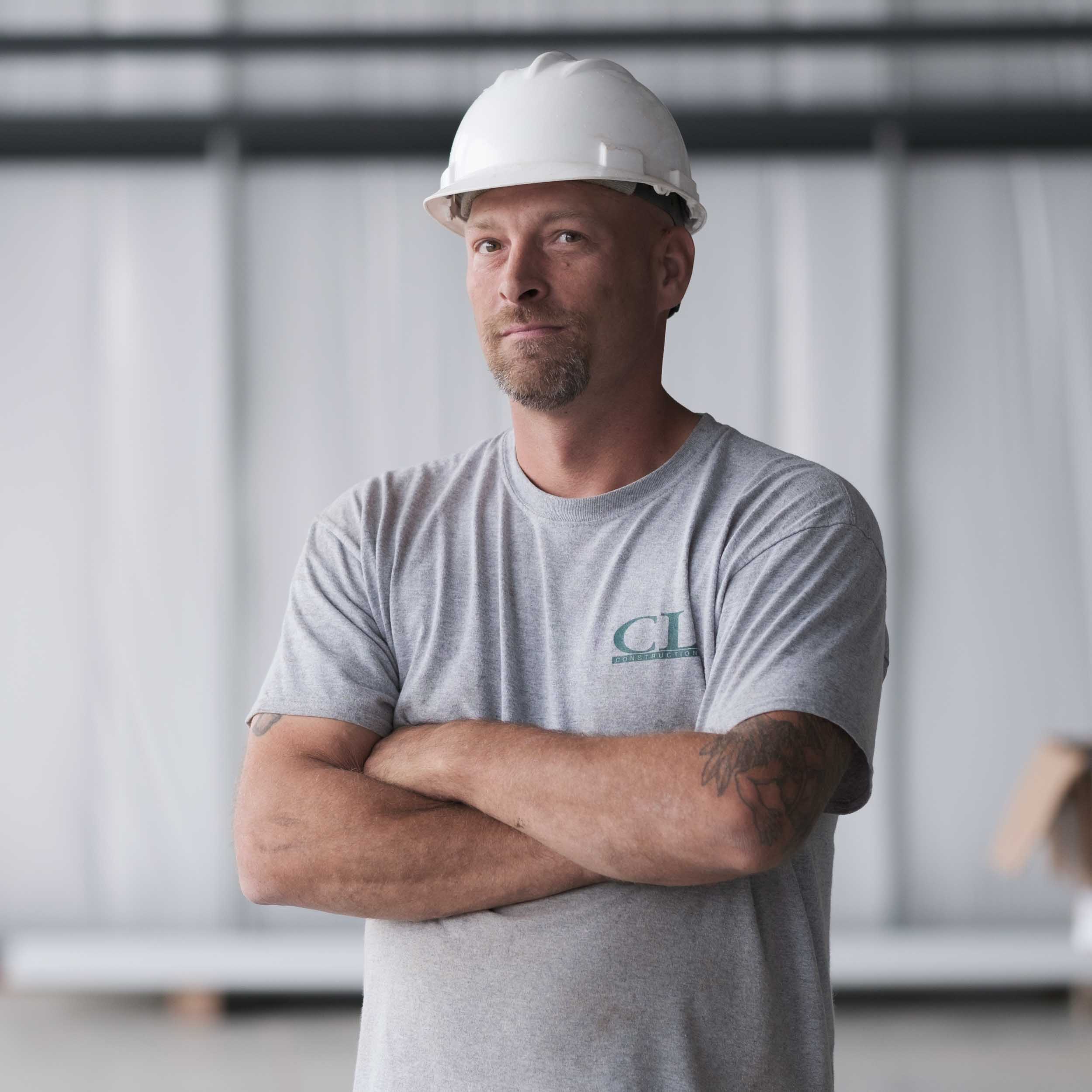 Nick  started working for CL Construction in 2019.  He brought more than a decade of previous construction experience and expertise to our team. Nick is a hard worker and does not cut corners, which makes him a trusted and valued addition to our crew! 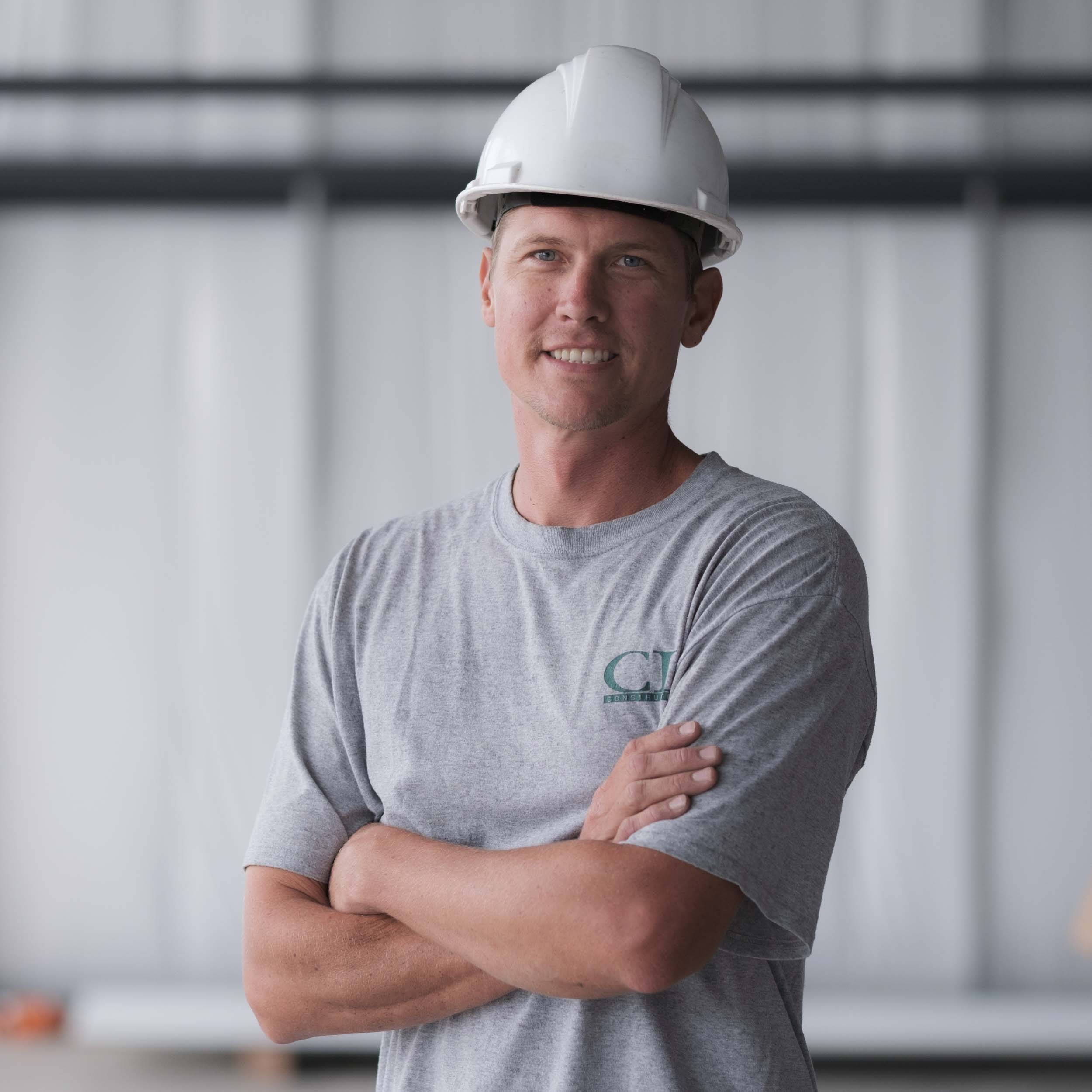 Mike joined the CL Construction crew right after graduating from Holland Christian High School in June of 2000.  His personality lends him to be very detail orientated which is imperative to ensuring quality throughout each project.  Most days you will find Michael working on finish carpentry or training other team members. He loves construction because of the variety of useful skills he learns every day. 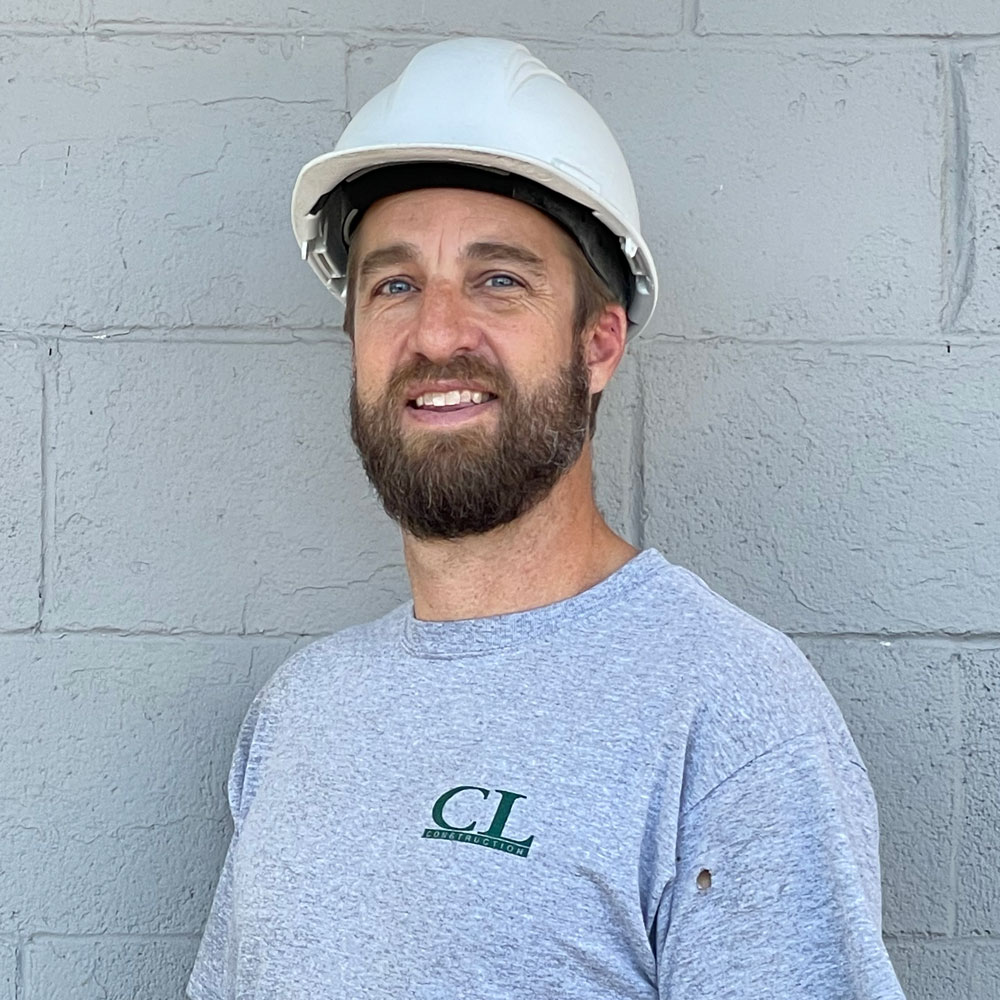 Jon joined the CL Construction crew the beginning of 2017.  He has welding skills that have been essential in the erection of pre-engineered buildings.  Jon also has years of carpentry experience which makes him a very versatile crew member. 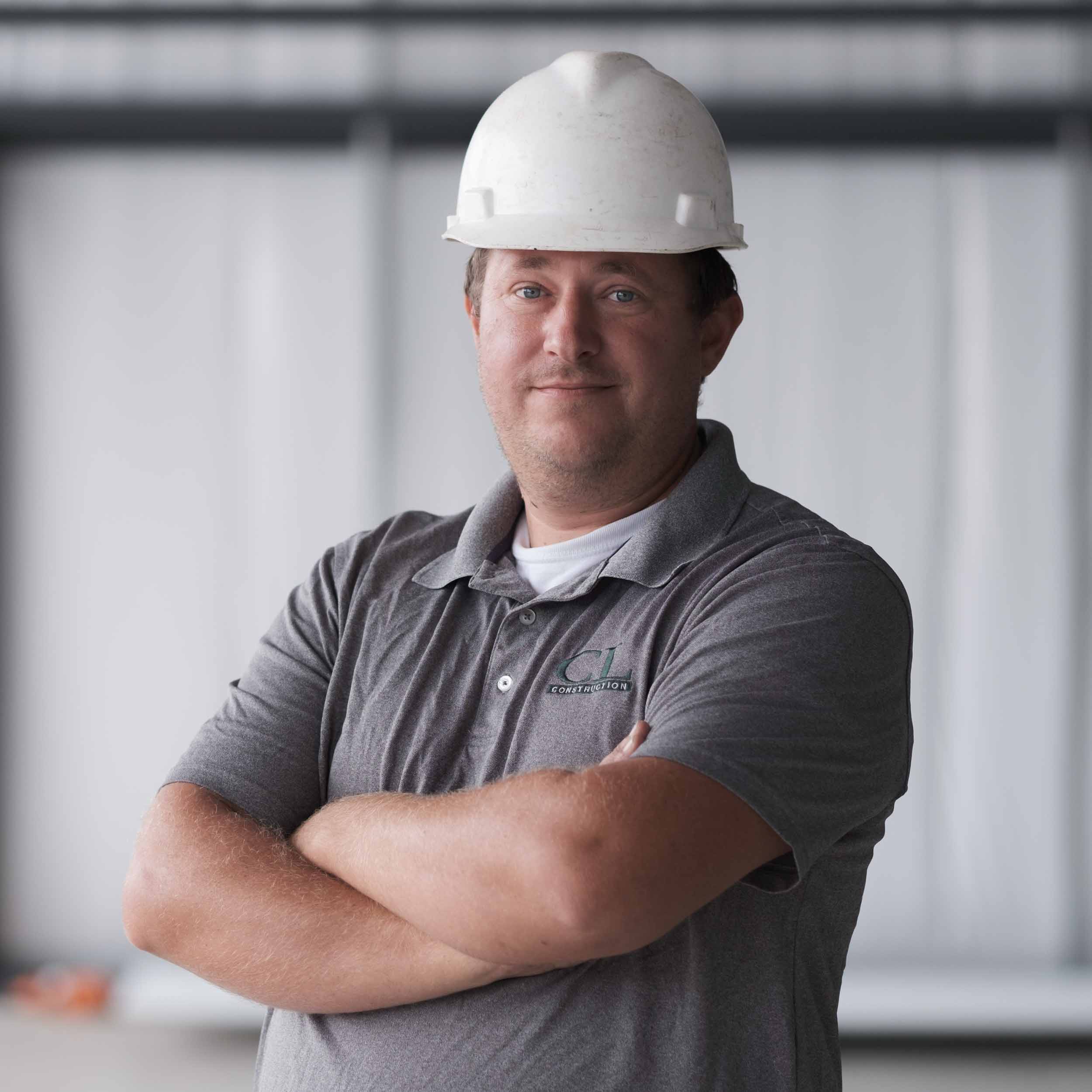 Zach joined our team in January of 2017.  He was new to carpentry but eager to learn how to frame.  He has been learning and honing in his carpentry skills since then and is a great addition to our team! 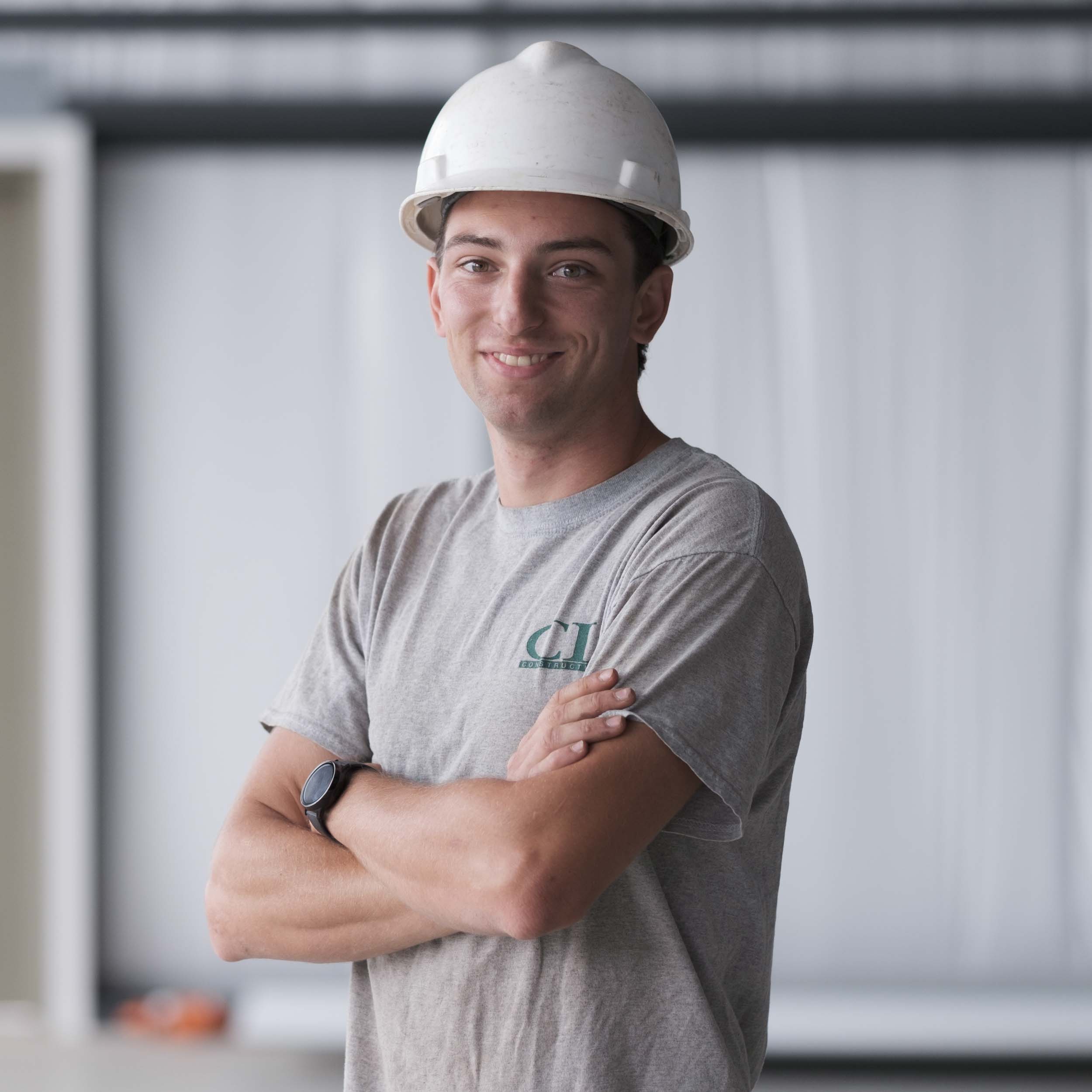 I started with CL in January 2021.  Before CL, I built custom homes and installed metal roofs on the east side of Michigan. My wife and I moved to Holland in August 2019 and have loved being a part of the community here in Holland. When I’m not at work, I can be found mountain biking, or at the dog park with our crazy Australian Shepherd. 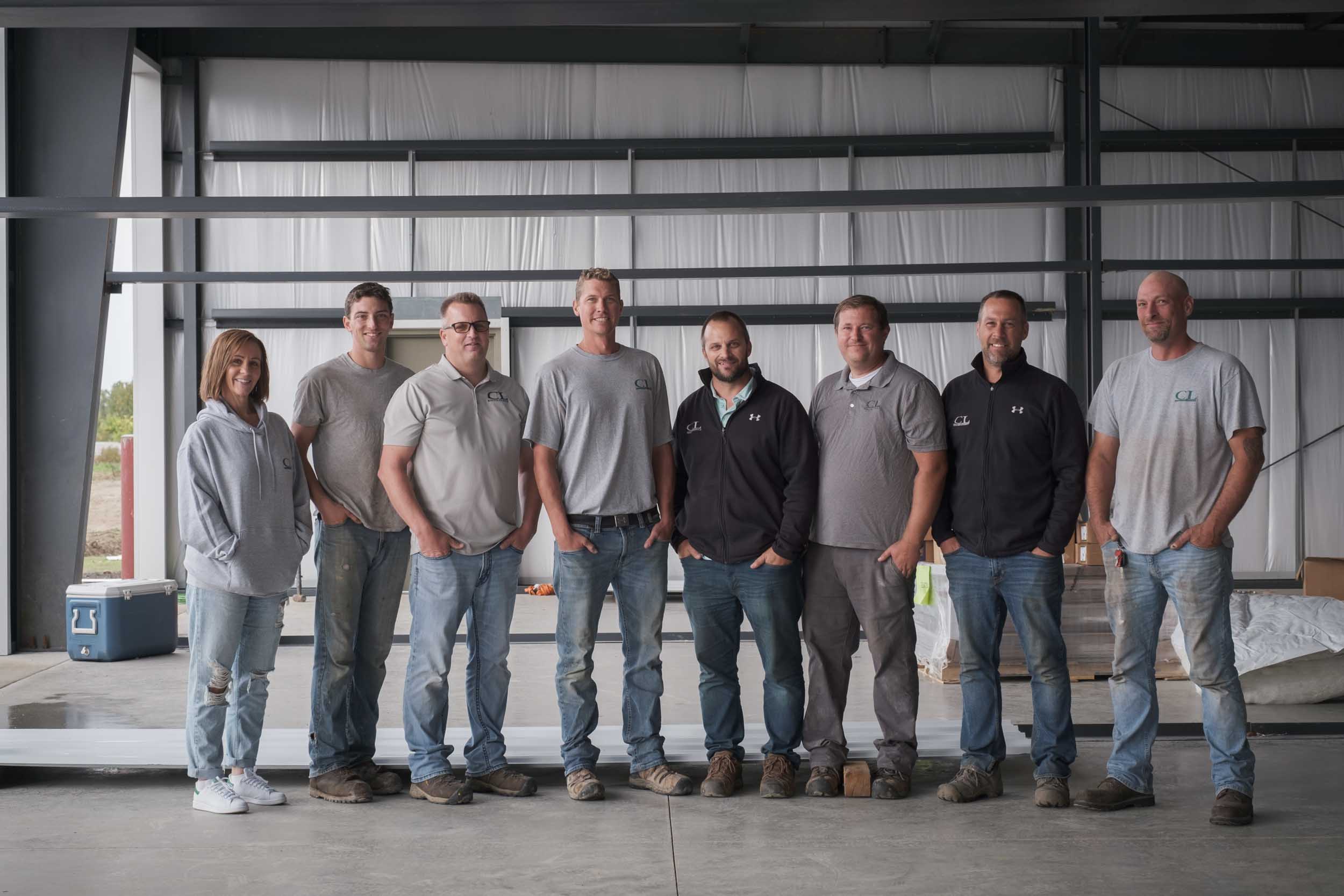 Carl Lamar was born and raised into a family of construction workers.  You could say it is “in his blood.”  Carl grew up helping his father and siblings with small tasks for their family construction business, Lamar Construction.  When Carl Lamar had completed his education, he began to work full time for the family’s construction business and eventually became part owner.  As the construction company grew and evolved with the changing times, Carl realized his personal goals were changing too.

Carl had a strong desire to have his own construction company with his sons. He wanted to get back to the basics of dealing directly with customers and managing each project to the finest of details to ensure the highest of quality. After much thought, many prayers, and 35 years of construction experience, Carl Lamar founded CL Construction in 1994. Carl Lamar’s oldest son, Ross Lamar, immediately started working for his father and they hired one more project manager. The three of them worked diligently for the next two years and it became apparent through the workload that the company needed to expand.

CL Construction has grown to boast of three project managers, two construction crews, an office manager and a new office facility in Holland, Michigan. CL Construction’s experienced staff prides themselves on quality and integrity and is excited to help you with your next construction project.

To apply for a job with CL Construction, please send a cover letter together with your resume to:
teresa@cl-construction.com 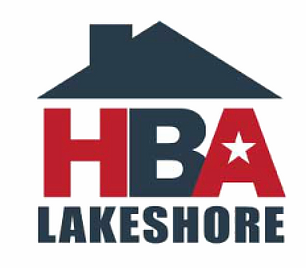 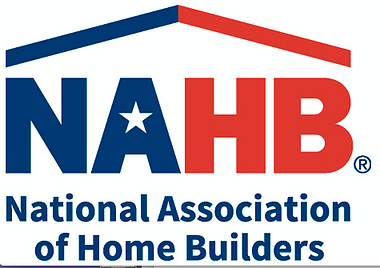